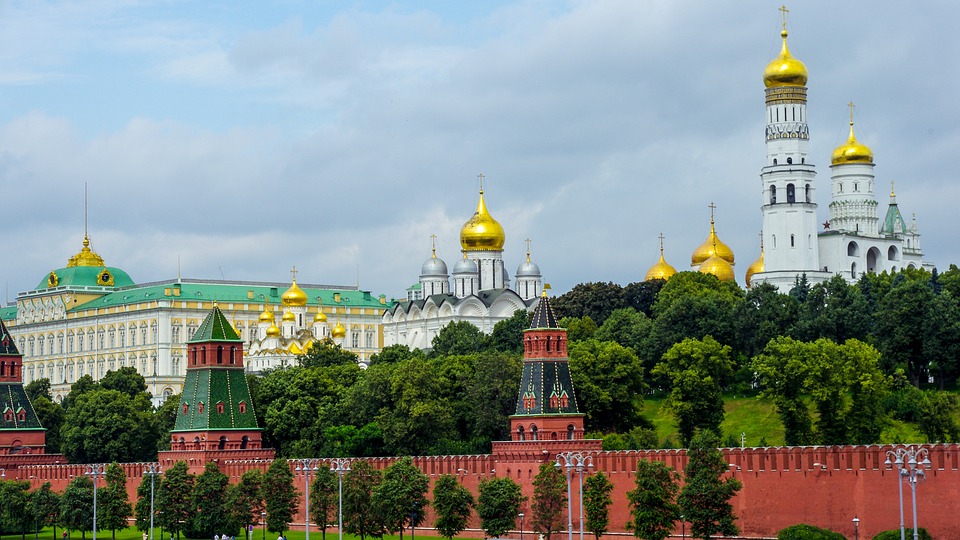 During this trip you will see a medieval city-state - an open-air museum. You will feel yourself in Moscow during the times of Tsar Ivan III, Ivan IV the Terrible and Tsar Alexey Mikhailovich. Once in the Kremlin, in the chambers of the Romanov boyars and in the country palace of Alexey Mikhailovich, you will immerse yourself in the royal secrets, intrigues and conspiracies ... You will feel the unique urban planning peculiarities inherent only in Moscow: this is a circular layout of the 16th century, this is a city landscape with 7 hills and steep bends of the Moskva River, these are green forests and parks that separate city blocks. Only in Moscow, you can go from the avenue to a side street of the 18th - 19th centuries and see a house in the Art Nouveau style, and next to it are the boyar chambers in the Naryshkin Baroque style.

Itinerary
1 day
Welcome to Moscow - the heart and the capital of Russia! Your guide will meet you in the airport or at the railway station.
Upon arrival you will start your excursions from the sightseeing tour of the city "Tsar's Moscow". During the tour you will see a fortified city of the 15th century located on 7 hills, white-stone temples, fortress walls, monasteries, palaces associated with the royal dynasties of the Rurikovich and Romanovs, as well as boyar and merchant Moscow from the 15th century. You will see one of the oldest and most beautiful monasteries in Russia - Novodevichy, founded by the Grand Duke Vasily III (16th century), which is included in UNESCO's list of world heritage of mankind. You will visit Borovitsky Hill and the Sparrow Hills with a panoramic platform. You will see the monuments to the great Russian princes - Vladimir the Great, the founder of Moscow - Yuri Dolgoruky, Dmitry Donskoy, Minin and Pozharsky, the creators of the Slavic alphabet Kirill and Mefodiy and the first printer Ivan Fedorov, Tsar Liberator Alexander II at the Cathedral of Christ the Savior and Emperor Alexander I, the highest monument to Russian Tsar - Peter the Great. You will walk and drive along the most ancient streets - Prechistenka street, Ilyinka street, Varvarka street, street Arbat, Lubyanka and Volhonka street.
After checking in at the hotel (check-in after 14.00) you can relax, as well as have lunch or dinner on your own in one of the nearby restaurants - your guide will be happy to advise you where to go.

2 day
Breakfast at the hotel restaurant.
On this day you will visit the main square of Moscow - Red Square, where you will see the State Historical Museum, Frontal Place, Monument to Minin and Pozharsky, Iverskaya Chapel, GUM, Lenin's Mausoleum, Kazan Cathedral and UNESCO World Heritage Site architectural masterpiece - Pokrovsky Cathedral (St. Basil's Cathedral), founded by Ivan the Terrible in the 16th century.
The ancient Zaryadye district adjoins Red Square, in which you visit the Сhambers of the Romanov boyars and get acquainted with the patriarchal life of Russian boyars of the 16th - 17th centuries. Take a walk through the old English courtyard and a modern landscape park with a floating bridge over the Moscow River.
You will have lunch at the "Old Tower" restaurant, which is located near the Kremlin, in one of the ancient towers of the Kitay-Gorod wall.
Then you will visit the main symbol of Russia - the Moscow Kremlin - the fortress of Ivan III (15th century) - with unique monuments of architecture and art of the Assumption, Arkhangelsk, Annunciation Cathedrals. You will see the bell tower of Ivan the Great, the Faceted and the Patriarchal Chambers, the Terem Palace, the Tsar Cannon, the Tsar Bell. And also see the Grand Kremlin Palace of Emperor Nicholas I (19th century), the parade residence of the President of the Russian Federation.
A visit to the Armory Chamber - a world-class treasury museum, you will see royal clothing (including Emperor Peter I) and weapons, items made of gold and silver, made by Russian, European and Eastern masters. You will see the most famous relic - the Monomakh's Cap, which used in the coronation the great princes of Russia, the throne of Ivan the Terrible. A collection of 24 carriages and carriages from different eras has no analogs in the world. As well as imperial Easter masterpieces, surprises from Faberge.

3 day
Breakfast at the hotel restaurant.
After breakfast you will go for an excursion to the museum-reserve Kolomenskoye with a visit to the Palace of Tsar Alexey Mikhailovich.
You will see "Sovereign Court" or the summer estate of Russian tsars, especially loved by the father of Peter the Great - Tsar Alexey Mikhailovich, who built a wooden palace there, named the eighth wonder of the world. Unfortunately, the colorful royal mansions have not survived to the present day, but have been lovingly recreated by modern restoration masters. On an excursion you will be transported in time to the 17th century, you will see the ancient walls of the Church of the Ascension of the Lord, the Bountiful Court, the house of Peter I, the Temple of John the Baptist. You will also visit the reconstructed palace of Tsar Alexey Mikhailovich, examine its male and female halves and see how royals lived in the pre-Petrine era.
Then you will visit the museum-reserve"Tsaritsyno" - one of the most beautiful palaces and park ensembles in Russia. During the tour you will see the unique architectural ensemble of the imperial residence, built for Catherine the Great. "Tsaritsyno" is the largest pseudo-Gothic building of the 18th century in Europe and the only palace complex designed in this style. Guests will be able to visit the Grand Palace - a monument of Russian classicism in architecture.

4 day
Breakfast at the hotel restaurant, check out.
Transfer to the airport or the railway station with the guide's assistance.