Moscow - the city of artisans 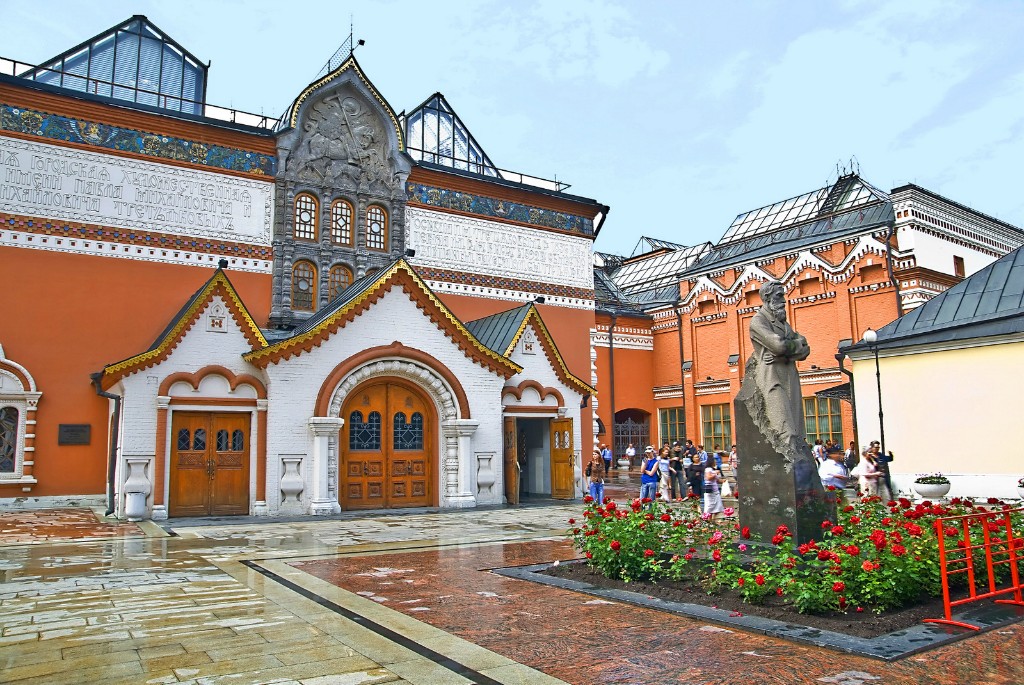 Many painters and graphic artists, architects and builders reflected in their works the unique look of Moscow. Through the history of the names of Moscow streets, you will learn what crafts were developed in Ancient Moscow. Through the architectural landscape of old Moscow, you will get closer to understanding the historical image of the city, feel the way of life of the people inhabiting it, learn about the talents of the ancient masters of the city, and also be able to see the continuity of generations in the works of art of Moscow masters.

Itinerary
1 day
Welcome to Moscow - the heart and the capital of Russia! Your guide will meet you at the airport or at the railway station.
Upon departure you will go on a sightseeing tour. Since ancient times, Moscow has been one of the largest craft cities in Europe. Craftsmen settled along the moat in the place of which a modern garden transport ring arose along which our excursion will take place. From the names of the ancient streets of old Moscow, we learn which craftsmen lived here - Money, Ikonnaya, Konyushennaya, Printing, Kuznetskaya, Ogorodnaya, Goncharnaya, Plotnichya, Sadovnichya, Povarskaya, Skatertnaya, Khlebnaya, Canteen. You will see the skill of masons, masons and architects - the creators of the architectural style of the 17th-18th "Naryshkinskoe Moscow Baroque", which is only in Moscow. These are, for example, the Novodevichy Convent complex, which was included in the UNESCO World Heritage List, the Church of Ivan the Warrior on Yakimanka. You will see the Moscow Empire style, which is only in Moscow - these are the buildings of the XVIII architects Matvey Kazakov, Osip Bove, Domenico Gilardi, the old building of Moscow State University on Mokhovaya. You will see the buildings of the Moscow Art Nouveau of the architect Shekhtel (the house-museum of Gorky and the Yaroslavsky railway station) and will be surprised at the symbol of modern Moscow - the famous 7 high-rise buildings built in the Stalinist Empire, visit the building of Moscow State University and the Ministry of Foreign Affairs.
Then you will stop at the Cathedral of Christ the Savior, a grandiose white-stone masterpiece and one of the main symbols of Moscow. It was founded in honor of the triumph of Russian weapons in the Patriotic War of 1812 and was one of the most spectacular and notable structures of its era. 70 years after it was consecrated, it was destroyed and 70 years later rebuilt in the same place to become not only a monument of military glory, but also a witness to the change of eras.
You will continue your tour of Moscow by the walk through the VDNH (the Exhibition of Achievements of National Economy) - the largest exhibition, museum and recreational complex in the world. It is at VDNH that you can see outstanding architectural masterpieces that together represent a monument to the Soviet era and an example of styles prevailing at different times. Among them is the monument “Worker and Collective Farm Girl”, fountains “Friendship of Peoples” and “Stone Flower”, pavilions “Agriculture”, “Soviet Culture”, “Cosmos” and others.
After checking in at the hotel (check-in after 14.00) you can relax, as well as have lunch or dinner on your own in one of the nearby restaurants - your guide will be happy to advise you where to go.

2 day
Breakfast at the hotel restaurant.
In the morning you will go on an excursion to the Tretyakov Gallery. You will have the opportunity to touch the history of Russian art from the 10th to the beginning of the 20th century. Today, this main and one of the world's best national art collection contains about 100,000 works: from icons by Andrei Rublev to paintings by Vasnetsov, Repin, Surikov, Serov, Vrubel, Levitan and many other Russian artists.
Also on this day you will see the main square of Moscow - Red Square, which houses the State Historical Museum, Lobnoe Mesto, Iverskaya Chapel, GUM, Kazan Cathedral and a UNESCO World Heritage Site - an architectural masterpiece of the Intercession Cathedral (St. Basil's Cathedral), founded by Ivan the Terrible in XVI century.
You will visit the Moscow Kremlin, which has located on its territory unique monuments of architecture and art of the 15th - 20th centuries: temples, churches and chambers, magnificent palaces and ceremonial administrative buildings. You will walk along the Kremlin squares and streets, see the Tsar Bell and the Tsar Cannon, visit one of the cathedrals: Assumption, Arkhangelsk or Annunciation.
Next, we invite you to visit the Armory Chamber - one of the oldest museums in the Moscow Kremlin. This is the world-famous treasury museum created by Emperor Alexander I in 1806 as a collection of treasures that were kept in the royal treasury for centuries. At the moment, her collection includes about 4000 items of decorative and applied art. In total, the museum has 9 rooms and each has its own riches - royal clothing and weapons, items of gold and silver, made by Russian, European and Oriental craftsmen. You will see the most famous relic - Monomakh's hat, which was crowned with the kingdom of the great princes of Russia, a collection of 24 carriages and carriages from different eras, which has no analogs in the world, as well as Easter masterpieces - surprises from the Faberge jewelry company.
In the evening, you can stroll along the Arbat, where you will plunge into the atmosphere of the past and find out where the great literary figures loved to spend their time, and also see street musicians and artists, without whom it is impossible to imagine this famous street. Arbat is a symbol of old Moscow. During the tour you will get acquainted with the history and architecture of the Arbat, its monuments and sights, learn about the E. Vakhtangov Theater and the monument to Princess Turandot, the Pushkin Museum and the construction of the Foreign Ministry building.

3 day (Walking day)
Breakfast at the hotel restaurant.
In the morning you will go on a tour of the Moscow metro - a real underground masterpiece of architecture of different styles: modern, empire, gothic, where each station is unique. This is an underground museum, with architectural monuments underground palaces. And you can see its magnificent stations: "Revolution Square", "Novoslobodskaya", "Mayakovskaya", "Komsomolskaya", "Kievskaya", "Gorky Park" and enjoy the unique architecture and mosaics.
Next, we will visit the Gorky Central Park of Culture and Rest. It is a centrally located park of the city, a world-class monument of the Soviet era. You will stroll through the territory of an old boring garden of the 18th century, which connected three princely estates: Trubetskoy, Demidov and Golitsyns. On the new territory of Gorky Park, there is the Muzeon Art Park - a unique museum of sculpture under the open sky. More than 800 sculptures are installed in the park. You will be able to see the monuments of the leaders of the 1930-50s, monuments of the era of socialist realism and busts of Heroes of Socialist Labor, as well as the works of avant-garde sculptors.
You will have an excursion to the New Tretyakov Gallery, which presents the most complete permanent exhibition of Russian art of the 20th century in all its diversity in our country - avant-garde, socialist realism, the art of "severe style" and "underground", the latest trends. Large-scale retrospectives of great Russian artists are held here, experimental exhibitions of young authors are opened.

4 day
Breakfast at the hotel restaurant.
After breakfast you will have an excursion to one of the cities of the "Golden Ring" - Sergiev Posad with a visit to the Holy Trinity Sergius Lavra, on the territory of the Lavra there is the largest Orthodox monastery in Russia, founded by St. Sergius of Radonezh more than five hundred years ago and operating to this day. The Lavra ensemble includes more than fifty architectural structures of different styles. This place is one of the most visited by pilgrims, people come here in groups from all over Russia.
On your return to Moscow, you will visit the highest observation deck in Europe of the Federation Tower in the Moscow-City business center, which is called Panorama 360. You will get a panoramic view of Moscow from the 89th floor. Due to its location just 4 km from the Kremlin, you can see the whole of Moscow from a new perspective, and the 6-meter-high windows and 360 ° view will give you an unforgettable experience! You will see Poklonnaya Gora, Moscow State University, the White House!

5 day
Breakfast at the hotel restaurant, check out.
Transfer to the airport or the railway station with the guide's assistance.