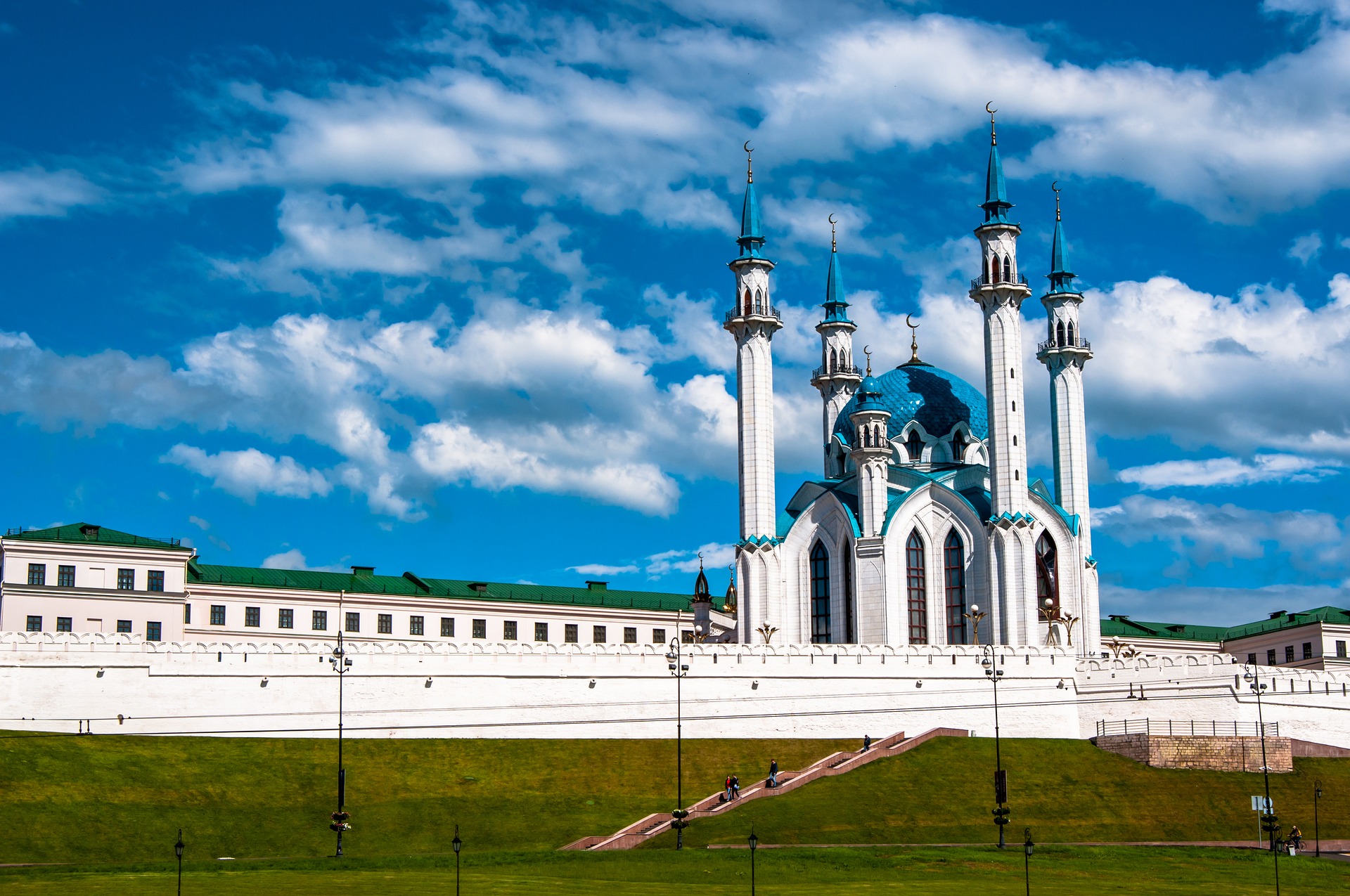 1 day
Welcome to one of the most picturesque places in Russia - the capital of the Republic of Tatarstan, Kazan.
Upon arrival at the airport or at the railway station you will meet with your personal guide. Then you will go for a walking sightseeing tour of the ancient and multifaceted Kazan.
It will begin with a tour of the Kremlin , the heart of Kazan, which embodies the culture of the East and West. On the territory of the Kremlin, you will visit the main mosque of the city - Kul Sharif - its minarets rise high into the sky, you will see the shining golden domes of the oldest Cathedral of the Annunciation in Kazan and the famous symbol of Kazan - the “leaning” tower of queen Suyumbike.
Then you will go on a bus sightseeing tour . You enjoy the original beauty of Kazan, see the bright colors of its streets and squares with your own eyes, learn where teeming treasures of Khans of Kazan are kept. The sites of the millennium-old city combine the culture of the West and traditions of the East: Old Tatar Settlement where Tatar residents lived from the 16th century, Textiles Settlement originating as a result of industrial reforms by Peter I, fountain squares, Kaban lake with its mysteries and legends, a simulated Tatar village Tugan Avylym (My Native Village), Farmers' palace with a 20-meter bronze tree, a new building of the Puppet Show, Kazan Federal University, Liberty Square as a cultural and administrative center of Kazan. During the sightseeing tour, you will see a variety of minarets and cupolas, crescents and crosses, which is a proof of a good neighborliness of the two native peoples – Tatars and Russians.
Then the guide will take you to the hotel, where you can regain strength to continue your journey. The guide will also recommend restaurants where you can taste the national dishes of Tatar cuisine.

4 day
Breakfast at the hotel.
We will end this journey with a visit to National Museum of the Republic of Tatarstan . The museum’s funds were formed throughout its more than 120-year history with the participation of scientists from Kazan University and the Academy of Sciences of the Republic of Tatarstan, Kazan collectors. The museum collection numbers more than 850 thousand exhibits and reflects the history, culture and traditions of the peoples of the Volga region and Russia, Western and Eastern world cultures. The exhibits are presented in the expositions «The Ancient History of Tatarstan» and «Kazan Province in the XVIII Century».
After that, the guide will take you to the airport or the railway station.