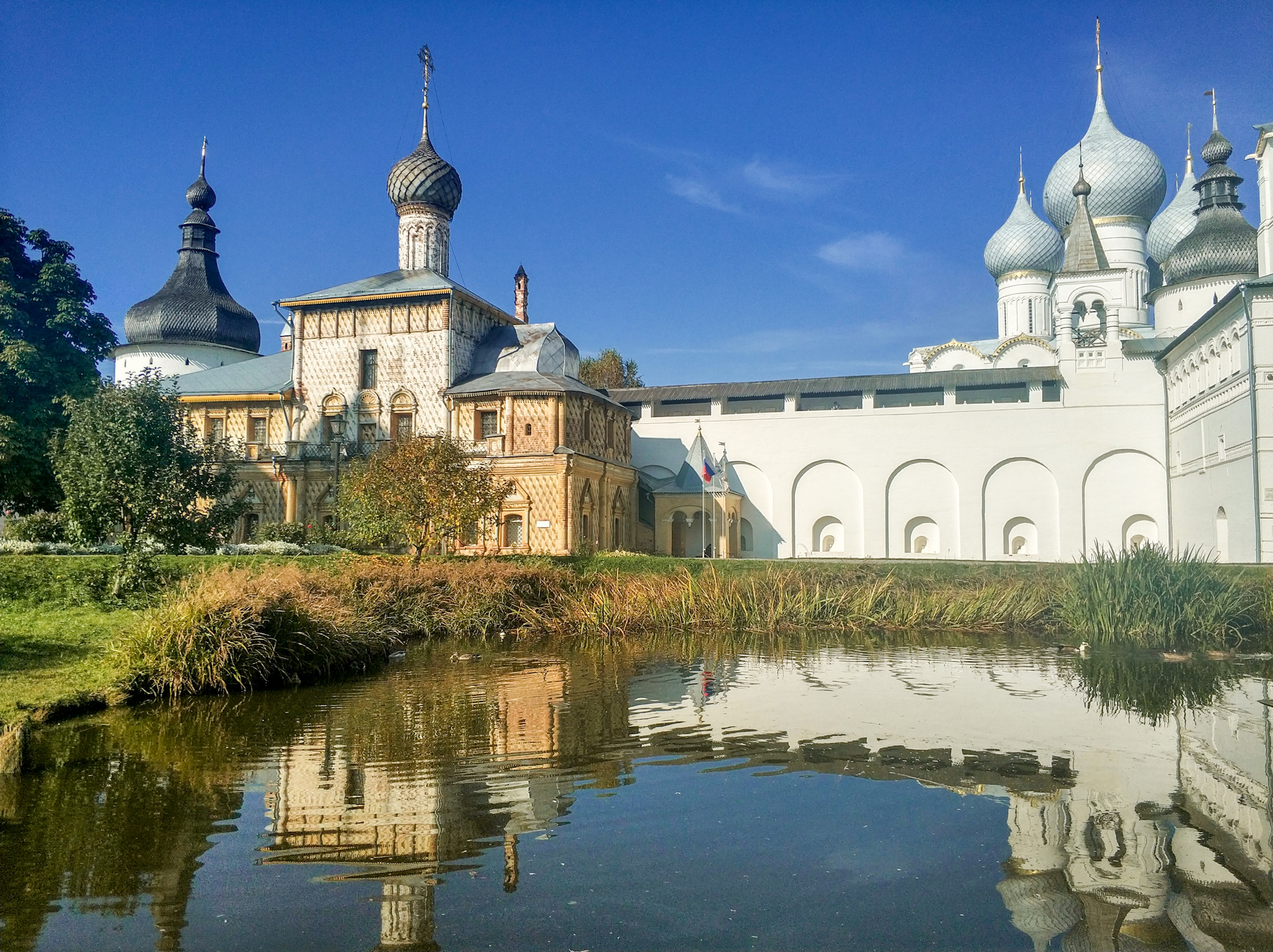 
Itinerary
1 day
Welcome to Moscow - the capital of Russia!
Your guide will meet you at the airport or at the railway station and you will go on an exciting trip along the Golden Ring. For two days you will immerse yourself in the atmosphere of the Russian Middle Ages by visiting the three most famous cities of the "Golden Ring" - Vladimir, Suzdal, Kostroma, Yaroslavl, Rostov Veliky, Preyaslavl-Zalessky and Sergiev Posad.
First, our way lies to the first city of our journey - Vladimir - the capital of the "Golden Ring" and the former capital of Russia until the 15th century. Your journey will take about 4 hours.
During the sightseeing tour of Vladimir, you will see the interesting sights of the city - the Dmitrievsky Cathedral, decorated with a unique white stone carving, an outstanding monument of ancient Russian architecture - the Golden Gate, the Trinity Church, a defensive earthen rampart, the Church of St. George the Victorious, a monument to Prince Vladimir - the Baptist of Russia, Cathedral Square - the heart of the city , a monument to Vladimir Monomakh, hear urban legends, and also visit the main temple of North-Eastern Russia - the Assumption Cathedral, where you can see the murals of St. Andrei Rublev.
Then we will offer you free time for lunch in a cozy cafe or restaurant and we will go to old Suzdal.
After accommodation in one of the hotels in the city, you will have a rest and the opportunity to walk along the historic streets of the city.

2 day
Breakfast at hotel, check out.
We will start this day with a sightseeing tour of Suzdal, a city-museum that has a long history. We will walk along its historic streets, see the ancient churches and cozy wooden buildings of the city. We will visit the Trade Square, which is still the center of Suzdal life, see the Assumption Church in the Naryshkin Baroque style, visit the territory of the Kremlin and see the majestic Nativity Cathedral under blue baths with gold stars, walk along the Kremlin ramparts of the 12th century. The most beautiful monasteries are waiting for you: the Robe with a high bell tower and the Pokrovsky surrounded by white stone walls and, of course, we will definitely visit the main attraction of the city - the Transfiguration Cathedral, which is located on the territory of the Spaso-Evfimievsky Monastery. Its visit will be interesting not only for those who like to visit religious places, but also for connoisseurs of ancient architecture. This cathedral is the clearest example of the white-stone architecture of Suzdal, and inside it, colorful frescoes of the 17th century are still preserved. Then you will visit the Museum of Wooden Architecture, which is an open-air complex, which contains unique buildings of the 17th-19th centuries. Arriving here (the museum is located on the outskirts of the city), you can look into the hut of a simple farm laborer or a well-to-do peasant, become a guest of a merchant's house, or visit churches that were built without a single nail.
After the excursion, you can have lunch at one of the restaurants in Suzdal.
Then we will go to the next ancient city of the Russian "Golden Ring" - Kostroma, which is the cradle of the last Russian royal dynasty of the Romanovs and is famous for its temples and monasteries. Our journey will take no more than 3.5 hours.
Upon arrival in Kostroma, you can stay in one of the comfortable hotels in the city and relax after a long journey.

3 day
Breakfast at hotel, check out.
After breakfast and check-out, you will go on a sightseeing tour of the city with a tour of the Shopping Rows - a monument of urban planning of the late 18th - early 19th centuries and the Church of the Savior Not Made by Hands in the ranks, the Fire Tower - an outstanding monument of the Classicism era with a height of 35 meters, we will see the active Epiphany Convent, we will see the Sunday Church on Debra, we will visit the territory of the Holy Trinity Ipatiev Monastery - a place of pilgrimage and one of the most important sights that define the architectural appearance of Kostroma.
After the tour, the guide will offer free time for lunch at one of the restaurants in the city center.
Then you will move toYaroslavl - one of the oldest and most beautiful Russian cities on the Volga with a thousand-year history. Upon arrival in Yaroslavl, you will go on a sightseeing tour of the city with an external inspection of the Assumption Cathedral and the Kazan convent, you will see the monument to the 1000th anniversary of Yaroslavl, erected on the site of the city's founding, walk along the central embankment, from which picturesque landscapes of the Volga banks open up, see Chapel of Alexander Nevsky, a monument to Yaroslav the Wise in the city center and the Yaroslavl Art Museum, you will see the Church of the Epiphany and the Church of John the Baptist - famous monuments of Yaroslavl architecture, visit an exposition "Treasures of Yaroslavl" and the Transfiguration Cathedral on the territory of the Transfiguration Monastery - one of the most ancient monasteries in North-West Russia.
In the evening of this day you will take your rooms at the hotel and relax after a long day of sightseeing.

4 day
Breakfast at hotel, check out.
In the morning you will head to Rostov the Great, which is called the pearl of the cities of the "Golden Ring" of Russia, where magnificent monuments of architecture and monumental painting of ancient Russia have survived to this day.
During a sightseeing tour, you will admire the surrounding views near Lake Nero, see the architectural and artistic ensemble of the Spaso-Yakovlevsky Dmitriev Monastery, Shopping Rows, visit the Rostov Kremlin Museum-Reserve and the Finifti museums, where the largest collection of this type of applied art in Russia is located - about 2.5 thousand miniatures of the 18th-20th centuries, walk along the Cathedral Square of the Kremlin and see the majestic five-domed building of the Assumption Cathedral - the oldest building in Rostov, built long before the Kremlin itself.
Then we will offer you free time for lunch in a cozy cafe or restaurant and go to the ancient Russian city of Preiaslavl-Zalessky.
You will make a stop at Red Square near the walls of the Transfiguration Cathedral. This is the only one of the white-stone churches of North-Eastern Russia that has come down to us almost completely intact. Here in the 13th century Alexander Nevsky was baptized, Ivan III and Ivan the Terrible came here.
Our journey along the Golden Circle will continue with a trip to Sergiev Posad. You will visit the territory of the Holy Trinity Sergius Lavra, you will see the largest Orthodox male monastery in Russia, founded by the Monk Sergius of Radonezh more than five hundred years ago and still functioning today. The Lavra ensemble includes more than fifty architectural structures of different styles. This place is one of the most visited by pilgrims, people come here in groups from all over Russia.
Then we will move to Moscow. Guide accompany you to the railway station or to the airport