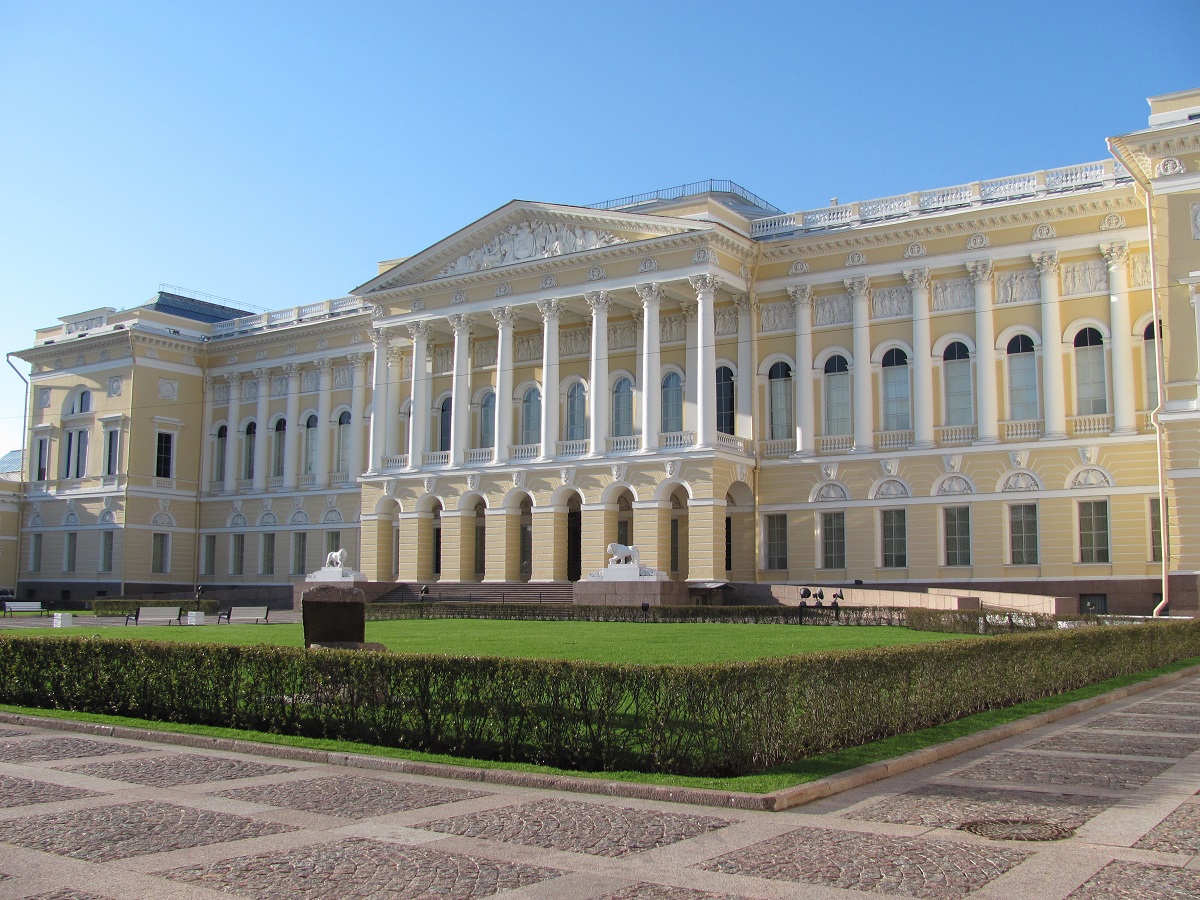 Itinerary
1 day
Welcome to Saint-Petersburg! Your guide will meet you at the airport or at the railway station and you will begin an exciting 4-day journey through our hospitable city ..
As if in a fairy tale, Saint-Petersburg will whirl you around with a series of spacious squares, beautiful palaces, behind the walls of which the fate of individuals and the whole state was decided. They remember about love and hatred, about nobility and baseness, about loyalty and betrayal of the powerful. The excursion route will pass through the most beautiful places of Saint-Petersburg - Palace, Saint Isaak's and Senate squares, Nevsky Prospect and the front embankments of the Neva. During the excursion you will see the Spit of Vasilyevsky Island with the Rostral columns and the building of the Kunstkamera, the Field of Mars, the Mikhailovsky Castle - one of the most mystical buildings in Saint-Petersburg, the Russian Museum and the monument to A.S. Pushkin on Arts square, the Peter and Paul Fortress - the first military building of the city, the legendary cruiser "Aurora", the monument to the founder of the city Peter the Great "The Bronze Horseman", the majestic St. Isaac's Cathedral, the Winter Palace, which is the royal residence during the Russian Empire and the Admiralty, the church of the Savior on Spilled Blood, which was built on the site of the assassination of Tsar Alexander II, Kazan Cathedral, a monument to Catherine II on Ostrovsky Square and much, much more.
After the tour, the guide will help you to check-in at the hotel (after 14.00). And you can rest and relax, as well as have lunch or dinner on your own in one of the nearby restaurants - your guide will be happy to tell you where to go.

2 day
Breakfast at the hotel restaurant.
After breakfast your guide will invite you for an excursion to the Hermitage - one of the largest museums in the world. The Hermitage was founded as a personal collection of Empress Catherine II, who, wishing to establish herself as an "enlightened empress", began collecting works of art. Painting experts, European scholars, collected and bought collections of paintings for the Russian empress, and soon Russia accumulated enormous wealth - a collection of works of Western European old masters. For a long time, the museum remained closed to the general public, and became public only in the middle of the 19th century. Now his collection numbers over 3.5 million items. Among them are paintings by Leonardo da Vinci, Rembrandt, Rubens, Van Dyck, Velazquez, Goya, Watteau, Poussin, Gainsborough, antique sculpture, Egyptian antiquities and much, much more. You will not only see the famous masterpieces, but also learn how the rulers of the Russian Empire lived in the 18th-19th centuries, because the main building of the Hermitage - the Winter Palace - until 1917 remained the main Winter residence of the royal family.
Then you will have free time to have a lunch in cozy cafes or restaurants near St. Isaac's Square.
After that you will have a Metro tour. You will move round the city as all citizens do! Metro is the most convenient mode of public transport in Petersburg. It is faster, more convenient, cheaper and safer to move around the city by metro, than by car or other forms of public transport. You will visit the most beautiful stations that are great example of Soviet architecture art.
You will continue this day with a suburban excursion to the brilliant Peterhof - the "Capital of fountains" and the favorite residence of Peter I. In splendor and richness of decoration, Peterhof surpassed its prototype - French Versailles and became the most beautiful palace and park ensemble in Europe. You will get acquainted with the history of the creation of this man-made miracle, admire the most famous fountains and cascades, learn the engineering secrets of its construction, walk along the shady alleys of the Lower Park, and also admire the panorama of the Gulf of Finland.

3 day
Breakfast at the hotel restaurant.
We will start this day with a visit to the Orthodox Cathedral of the Kazan Cathedral. The main shrine of the city is kept here - the Kazan Icon of the Mother of God - one of the most revered icons in Russia. It was built at the beginning of the 19th century, and after the Patriotic War of 1812, the Kazan Cathedral became a monument of Russian military glory. In 1813, the commander Mikhail Illarionovich Kutuzov was buried here, and the keys to the captured cities and other war trophies were placed. Kazan Cathedral is one of the most popular cathedrals in Russia - it is always full of people who have come to ask the Kazan Icon of the Mother of God to fulfill their cherished desires.
After visiting the cathedral, you will have a pleasant walk around the Dostoevsky quarter with a visit to the Kuznechny market, so beloved by the citizens, which is located in an old building in the Soviet Empire style with many food shops and a large selection of delicious farm products. You will have the opportunity to taste and purchase quality products.
Then we invite you to a traditional homemade dinner with a Russian family. This family lunch with your family will be an unforgettable experience that will help you meet and communicate with Russian people, see and understand the real local culture, learn more about our country and, of course, taste delicious homemade food. You have enjoyed a real Russian feast, during which there is a special warm and friendly atmosphere. (In the summer, you can exchange for a visit to the dacha with barbecue tasting).
After lunch, you can delve into Russian culture by visiting the most popular painting museum - the Russian Museum, located in the building of the Mikhailovsky Palace. Here the largest collection of Russian painting and sculpture is collected. The collection of the museum has about 400,000 exhibits and covers all historical periods and trends in the development of Russian art, the main types and genres, trends and schools for more than 1000 years: from the 10th to the 21st century.

4 day
Breakfast at the hotel restaurant, check out.
Then the guide will take you to the airport or railway station.