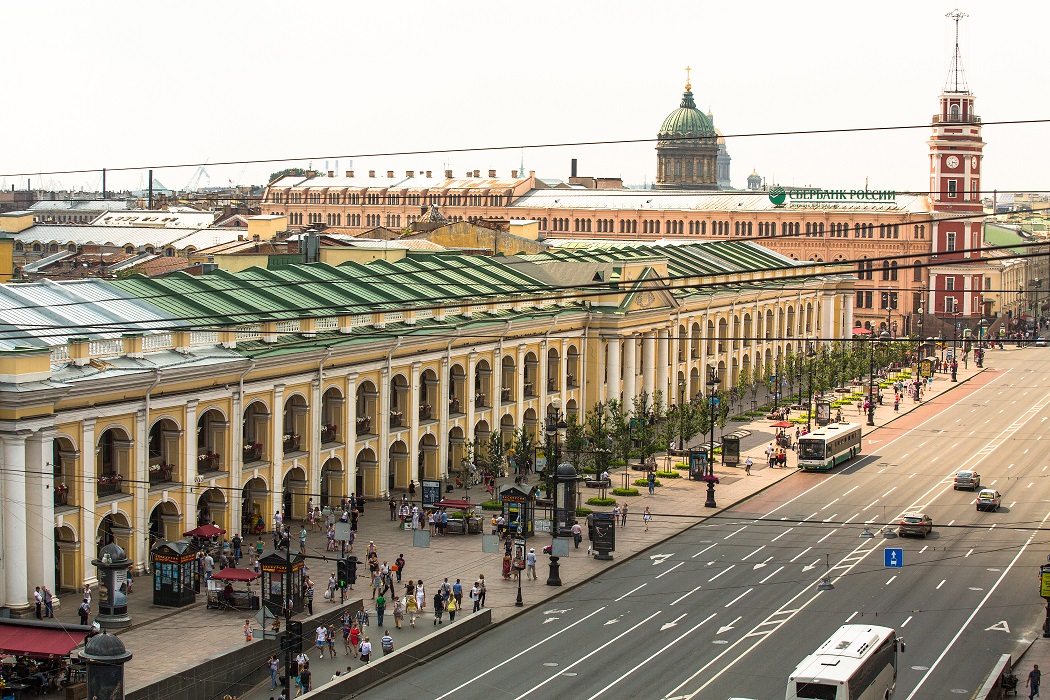 Itinerary
1 day
Welcome to Saint-Petersburg - "The Northern capital" of Russia! Your guide will welcome you at the airport or at the railway station.
Then you will start our journey with a sightseeing tour of Saint-Petersburg, which introduces the long history of "The Northern capital".
You will admire the panorama of the beautiful Neva, see magnificent ensembles of the central squares, drive along the central avenues and streets of the city. Everything that attracts guests from all over the world will appear to your attention: Nevsky Prospect, Kazan Cathedral, a monument to Catherine II, the Admiralty, Senate Square, "The Bronze Horseman" monument, St. Isaac's Cathedral, the monument to Nicholas I, the Winter Palace, Palace Bridge, Spit of Vasilyevsky Island, Kunstkamera, Old Stock Exchange, Rostral Columns, Menshikov palace, Peter and Paul Fortress, Trinity Bridge, the church of the Savior on Spilled Blood, Summer Garden, Marble Palace, Mikhailovsky Castle, the Field of Mars and other attractions.
Afternoon your guide will invite you for an excursion to the Hermitage - one of the largest museums in the world. The Hermitage was founded as a personal collection of Empress Catherine II, who, wishing to establish herself as an "enlightened empress", began collecting works of art. Painting experts, European scholars, collected and bought collections of paintings for the Russian empress, and soon Russia accumulated enormous wealth - a collection of works of Western European old masters. For a long time, the museum remained closed to the general public, and became public only in the middle of the 19th century. Now his collection numbers over 3.5 million items. Among them are paintings by Leonardo da Vinci, Rembrandt, Rubens, Van Dyck, Velazquez, Goya, Watteau, Poussin, Gainsborough, antique sculpture, Egyptian antiquities and much, much more.
Your guide will help you to check-in at the hotel (after 14.00). You can rest and relax, as well as have lunch or dinner on your own in one of the nearby restaurants - your guide will be happy to tell you where to go.

2 day
Breakfast at the hotel restaurant, check out.
You will begin this day with a countryside excursion to the brilliant Peterhof - the "capital of fountains" and the favorite residence of Peter I. In splendor and richness of decoration, Peterhof surpassed its prototype - French Versailles and became the most beautiful palace and park ensemble in Europe. You will get acquainted with the history of the creation of this man-made miracle, admire the most famous fountains and cascades, learn the engineering secrets of its construction, walk along the shady alleys of the Lower Park, and also admire the panorama of the Gulf of Finland.
We continue our journey with an exciting excursion to Tsarskoe Selo. There you will visit the famous Catherine Palace. Like Peterhof, Tsarskoe Selo was the favorite ceremonial summer residence of the Russian emperors. Laid down by the wife of Peter the Great, it reached its heyday during the reign of the next two sovereigns - Peter's daughter Elizabeth and the world-famous Empress Catherine II. The Catherine Palace is one of those places where the luxurious 18th century still lives. Lush decoration, an abundance of gold, carvings and paintings, an endless golden enfilade of state rooms, spatial scope - this palace was born for the organization of grandiose holidays designed to emphasize the power of the Russian monarchy in the eyes of foreign ambassadors. And once inside, you, without a doubt, feel like a noble special era of Enlightened absolutism in Russia! It is in this palace that the famous Amber Room is located, which was recreated from oblivion by Saint-Petersburg for the 300th anniversary of Saint-Petersburg.
Then the guide will take you to the airport or railway station.

• accommodation in Saint-Petersburg 1 night with breakfast,
• registration fee
• the Hermitage (the main museum complex), the Lower Park in Peterhof (the Grand Palace 01.01-23.04.21 and 18.10-31.12.21), the Catherine Palace and park in Tsarskoe Selo
• comfortable air-conditioner car/minivan/minibus
• licensed guide with English language