Sightseeing tour of the city with Saint Isaac's Cathedral 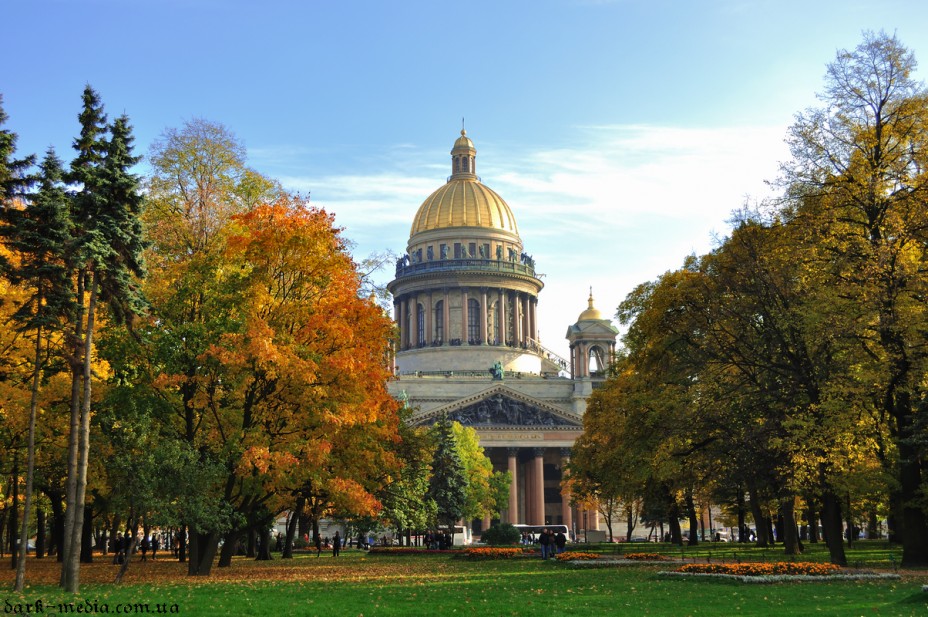 Meeting with tour guide at hotel lobby. Departure for the excursion.

During a sightseeing tour of the city, you will find yourself in the center of the amazing Peter's era, which turned Russia into a hospitable secular state, with developed sciences, crafts and trade, with independent diplomacy and a strong fleet. You will recognize Saint Petersburg as a sea city - you will see the Admiralty, in the place of which the first Russian ships once descended from the stocks. Admire the magnificent embankments of the beautiful Neva - the front facade of the city, along which the first palaces were built. You will see the Summer Garden - the predecessor of the brilliant Peterhof. You will drive along the famous Nevsky Prospect, where, in addition to mansions and old shops, churches of all Christian confessions are located - after all, Peter the Great opened the doors of the new capital for foreign guests, and first of all for talented architects. You will see the creations of European architects who later made St. Petersburg one of the most beautiful cities in the world: Palace Square with the General Staff Building and the Winter Palace, St. Isaac's Cathedral on St. Isaac Square, a monument to the founder of the city "The Bronze Horseman" on Senate Square, Spit of Vasilyevsky Island with the Old Stock Exchange building, where the first city port was located, Marble Palace, Mikhailovsky Castle, the Smolny Monastery ensemble.

St. Isaac's Cathedral was built as the city's main church and the largest cathedral in Russia. Until the completion of the recently rebuilt Church of Christ the Savior in Moscow, St. Isaac’s Cathedral was the largest Orthodox church and the fourth largest cathedral in the world. It was designed and built between 1818 and 1858, by the French-born architect Auguste Montferrand.
St. Isaac’s Cathedral is an outstanding monument of mid-19th century late Russian Neo-Classicism. The cathedral's facades are decorated with sculptures and massive granite columns (made of single pieces of red granite). Noteworthy is the Cathedral’s interior decoration, representing all forms of monumental and decorative arts – painting, sculpture, mosaic and colored stonework. Its main iconostasis is adorned with columns of malachite and lapis lazuli, while the main altar features the stained glass Christ Risen, a feature rarely seen in an Orthodox church.
The cathedral's main dome rises 101.5 metres (333 ft). The dome is decorated with twelve statues of angels by Josef Hermann. These angels were likely the first large sculptures produced by the then novel process of electrotyping, which was an alternative to traditional bronze casting of sculptures. Montferrand's design of the dome is based on a supporting cast iron structure. It was the third historical instance of cast iron cupola after the Leaning Tower of Nevyansk (1732) and Mainz Cathedral (1826). With an internal height of 69 m (from the floor to the level of the oculus), it ranks among the tallest domes in the world. Nowadays it is one of the best observation decks in the city! You climb the 300 steps up to the cathedral's colonnade, and enjoy the magnificent views over the city.
Today St. Isaac's Cathedral functions as a museum and church services are held here only on major ecclesiastical occasions.