City sightseeing tour with Church of the Savior on Spilled Blood 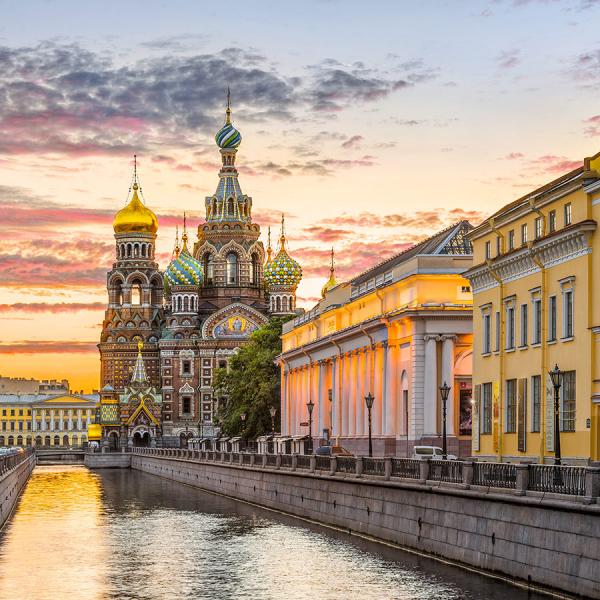 Meeting with tour guide at hotel lobby. Departure for the excursion.

During a sightseeing tour of the city, you will find yourself in the center of the amazing Peter's era, which turned Russia into a hospitable secular state, with developed sciences, crafts and trade, with independent diplomacy and a strong fleet. You will recognize Saint Petersburg as a sea city - you will see the Admiralty, in the place of which the first Russian ships once descended from the stocks. Admire the magnificent embankments of the beautiful Neva - the front facade of the city, along which the first palaces were built. You will see the Summer Garden - the predecessor of the brilliant Peterhof. You will drive along the famous Nevsky Prospect, where, in addition to mansions and old shops, churches of all Christian confessions are located - after all, Peter the Great opened the doors of the new capital for foreign guests, and first of all for talented architects. You will see the creations of European architects who later made St. Petersburg one of the most beautiful cities in the world: Palace Square with the General Staff Building and the Winter Palace, St. Isaac's Cathedral on St. Isaac Square, a monument to the founder of the city "The Bronze Horseman" on Senate Square, Spit of Vasilyevsky Island with the Old Stock Exchange building, where the first city port was located, Marble Palace, Mikhailovsky Castle, the Smolny Monastery ensemble.

The Church of the Savior on Spilled Blood is one of Saint Petersburg's major attractions and most colorful cathedrals in the Russian Revival (Pseudo-Russian) style.
The church was constructed between 1883 and 1907 in memory of Emperor Alexander II who was mortally wounded in an attack in this place March 13, 1881. Construction began in 1883 during the reign of Alexander III, the church was dedicated to be a memorial to his father.
Height of the nine-domed cathedral is 81 meters, capacity - 1600 people. Exterior of the cathedral combines images of many Russian Orthodox churches. Bright, richly decorated building has features of many Russian churches. Great influence on the appearance of the temple had architecture of St. Basil's Cathedral in Moscow. The interior of the cathedral is unique. All walls, pylons, arches and domes are covered with mosaic.
After the revolution the Church on Spilled Blood was closed and not restored for a long time. It was even heard to be going to get built-down. In 1970 it was taken under the patronage of Saint Isaac’s Cathedral which invested 80% of money into its restoration. In 1997 the Church on the Spilled Blood threw open its doors for visitors as a museum housing a large collection of mosaic icons (having the area of more than 7 thousand square meters).