Saint Petersburg - Murmansk. Hunting for the the Northern Lights 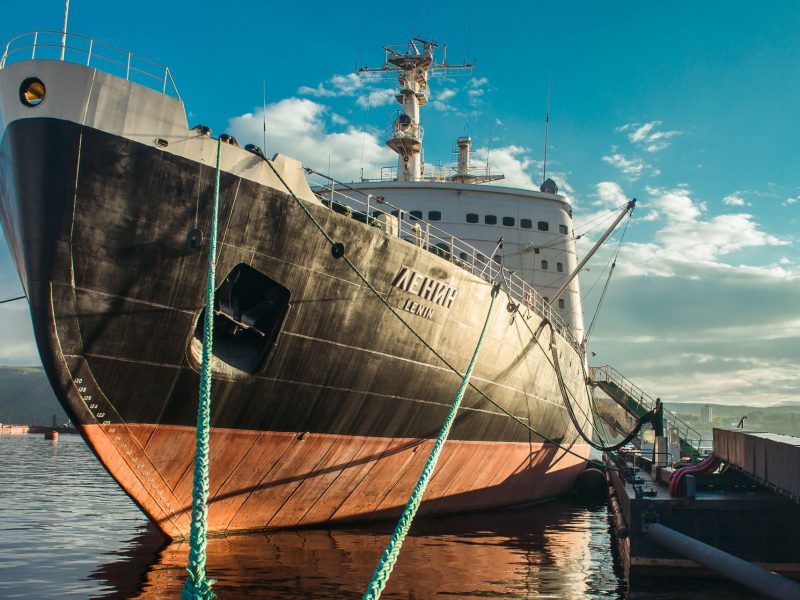 Itinerary
1 day
Welcome to Saint-Petersburg - the Northern capital of Russia!
Your guide will welcome you at the airport or at the railway station and will help you to check-in at the hotel (check in - after 14.00). You can rest and relax, as well as have lunch or dinner on your own in one of the nearby restaurants - your guide will be happy to tell you where to go.

2 day
Breakfast at the hotel restaurant.
After breakfast you will meet your guide in the hall of the hotel and will go for a sightseeing tour of Saint-Petersburg, which will introduces the history of the Northern capital.
You will admire the panorama of the beautiful Neva, see magnificent ensembles of the central squares, drive along the central avenues and streets of the city. Everything that attracts guests from all over the world will appear to your attention: Nevsky Prospect, Kazan Cathedral, a monument to Catherine II, the Admiralty building, Senate Square, the Bronze Horseman monument, St. Isaac's Cathedral, the monument to Nicholas I, the Winter Palace, the Palace Bridge, Spit of Vasilyevsky Island, Kunstkamera, Stock Exchange building, Rostral Columns, University Embankment, Peter and Paul Fortress, Troitsky Bridge, Savior on Spilled Blood Cathedral, Summer Garden, Mikhailovsky Palace, Marble Palace, Mikhailovsky Castle, Field of Mars and other attractions.
You continue your journey with the visit to the Hermitage - one of the largest museums in the world. The Hermitage was founded as a personal collection of Empress Catherine II, who, wishing to establish herself as an "enlightened empress", began collecting works of art. Painting experts, European scholars, collected and bought collections of paintings for the Russian empress, and soon Russia accumulated enormous wealth - a collection of works of Western European old masters. For a long time, the museum remained closed to the general public, and became public only in the middle of the 19th century. Now his collection numbers over 3.5 million items. Among them are paintings by Leonardo da Vinci, Rembrandt, Rubens, Van Dyck, Velazquez, Goya, Watteau, Poussin, Gainsborough, antique sculpture, Egyptian antiquities and much, much more.

3 day
Breakfast at the hotel restaurant.
In the morning you will go on a country excursion to Tsarskoe Selo with a visit to the Catherine Palace. Tsarskoe Selo was the favorite ceremonial summer residence of the Russian emperors. Laid down by the wife of Peter the Great, it reached its heyday during the reign of the next two sovereigns - Peter's daughter Elizabeth and the world-famous Empress Catherine II. The Catherine Palace is one of those places where the luxurious 18th century still lives. Lush decoration, an abundance of gold, carvings and paintings, an endless golden enfilade of state rooms, spatial scope - this palace was born for the organization of grandiose holidays designed to emphasize the power of the Russian monarchy in the eyes of foreign ambassadors. And once inside, you, without a doubt, feel like a noble special era of Enlightened absolutism in Russia! It is in this palace that the famous Amber Room is located, which was recreated from oblivion by Saint-Petersburg for the 300th anniversary of Saint-Petersburg.
You will continue this day with a visit to the Faberge Museum in the Shuvalov Palace and get acquainted with the world's largest collection of works by the famous Faberge jeweler. You will admire the richly decorated interior of the palace and see an unparalleled collection of Russian jewelry and decorative and applied arts of the 19th - 20th centuries. The most valuable and well-known items in the museum's collection are 9 imperial Easter eggs created by the firm of Carl Gustav Faberge.

4 day
Breakfast at the hotel restaurant, check out.
Your guide will accompany you to the airport where you will take a flight to Murmansk - the largest city in the world located beyond the Arctic Circle! This flight takes about 2 hours.
Welcome to the Murmansk - the Russian gateway to the Arctic!
You will meet your guide in the hall of the airport and your an unforgettable and unique journey will begin from the walking tour around the city center. You will visit the "Alyosha" monument, memorial complex the "Lighthouse", church "Savior on the waters", also you will go up to the observation deck and see Murmansk from a bird's eye view. You will learn the history of the city of Murmansk and get acquainted with the historical places of the Second World War. Including an excursion to the world's first nuclear-powered icebreaker "Lenin" with the ability to take photos inside and outside the ship.
After accommodation at the hotel (check in - after 14.00) where you can relax we will invite you to go hunting for the amazing and magical Northern Lights!

5 day
Breakfast at the hotel restaurant.
The second day of the program will present you an unforgettable adventure on the coast of the Arctic Ocean - the journey to the village of Teriberka. Our way to the ends of the Earth you will pass through the vastness of the tundra and the harsh but attractive landscapes of the Russian North. During the tour you will get acquainted with the history of this place, daily life of the villagers, you will enjoy the beautiful view of the Barents Sea and the snowy mountains, you will have a lunch and try to build a stone pyramid for good luck. Wildlife, endless tundra and unique northern landscapes. Feel the icy atmosphere of the Barents Sea!
Upon returning to the city you can relax at hotel and then, if you were unlucky the day before, you will go hunting for the the Northern Lights again.

6 day
Breakfast at the hotel restaurant.
On the third day you will visit the ethnic Sami village, where you will get to know the Sami culture, learn their history, traditions, play an old Sami games and you can see the several types of local hut. The Sami village is located deep in the Kola Peninsula among Russian nature. You can visit the alley of sacred idols and you can even make a wish that will surely be fulfilled (you will need 6 yellow coins for this). You will get to know the fauna of the village and will have the opportunity to ride a sleigh with reindeer or a banana ride on a snowmobile. After that you will have a delicious traditional lunch of fish soup and stewed venison.
Afternoon you will visit the Husky Park, where cute Siberian Husky will ride you in his sleds. A friendly atmosphere, tea table, Husky story and much more awaits you.
On your last evening in Murmansk you can walk along the shores of the Barents Sea by your own or take a rest at hotel.